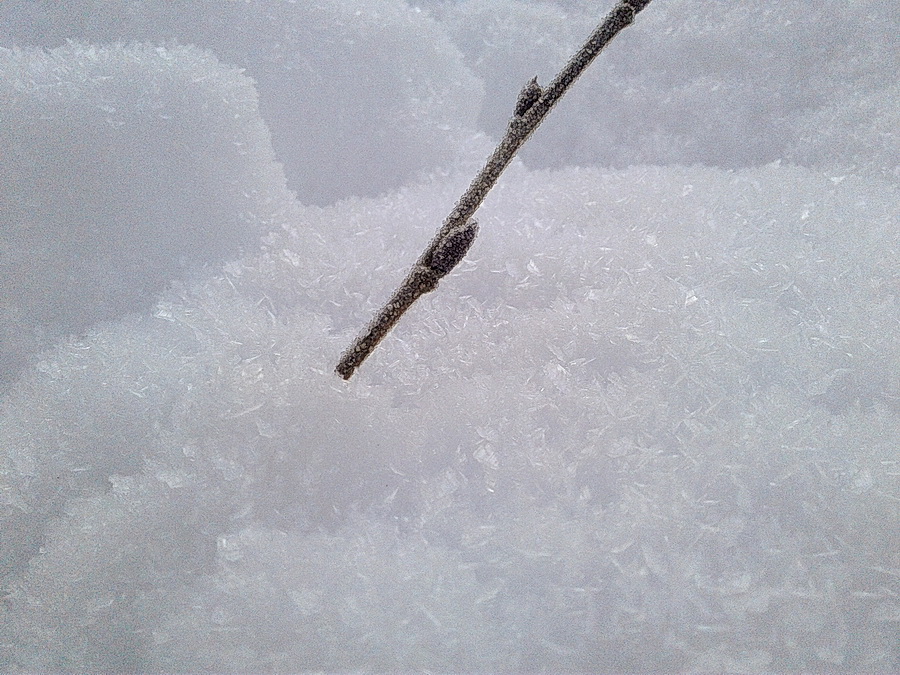 Lately around here we’ve been blessed with decent snow cover. A nice change from the last two winters. Nice fresh show that stays fresh thanks to lack of warm surges. To add to the beautiful scene, the snow has had lots of sparkles of light reflecting off the surface from the bright moon or nearby lights (there’s plenty of time to see this with days still solstice short). Here’s a couple photos (click on them for larger versions). 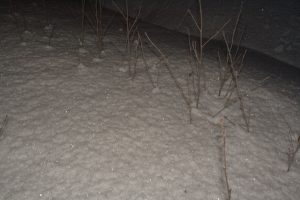 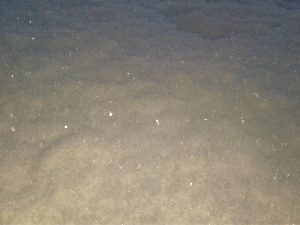 Why so sparkly lately?

The answer is not in the snow itself, but what happened to the snow after it fell. It is true that normal snow crystals can and do sparkle, but the really big sparkles we’ve seen take bigger crystals… in this case frost crystals that have formed on the snow over a few days. This sort of frost is called surface hoar, ie., hoarfrost that has formed on the surface of the snow. Check out the daytime photos (of the same snow in the upper photos) that show the detail. One clue is the small amount of frost on the alder twig in the second photo. 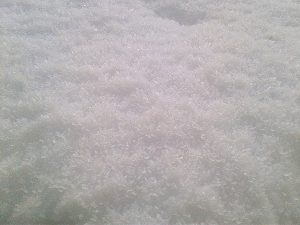 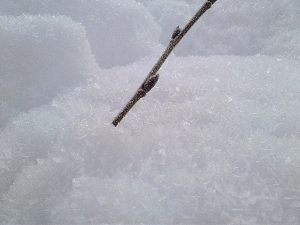 Hoarfrost in general tends to form during light wind situations when there are cold surfaces and lots of water vapor to crystallize onto those surfaces. The most rapid frost formation occurs when there is a source of liquid water close by such as a stream or fog. Yes, we did have some fog in Haines over the last few days. Uncommon during cold weather at this time of year…because the calm winds which allowed the fog to form are uncommon during cold weather here. Note for backcountry travelers: New snow over surface hoar can create a weak layer in the snowpack and increase avalanche danger.