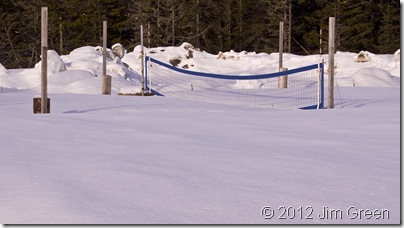 Since the leap day checkpoint report, most towns have slowed their snowfall pace. Haines and Yakutat, however, have been running hard, each having added an impressive 50 inches this first half of March.

Remember, the standings are based on snowfall this season compared to the station’s average yearly snowfall. (No, I did not come up with this rating scheme to just to put Haines in the lead).

The top six positions remain as they were at the end of last month. Yakutat, holding easily to 2nd place, has a surprising amount of snow on the ground for such a mild coastal town. In contrast, snow cover at the Juneau Airport is down to a trace, despite a foot of new snow in the past two weeks. Kind of embarrassing, I would guess, for a front runner. Amazing the difference between Juneau and Haines, just 70 miles apart as the raven flies. I should mention that the Juneau Forecast Office is reporting 9 inches on the ground, a little better, but c’mon…Haines customs is down to 95 inches from 120 on Monday. (Yes, they qualify as a town…around 1,000 people live outside of Haines in the Chilkat Valley, scattered or grouped the 40 miles all the way to the border. The customs station is their official weather station.)

Cold Bay has moved up into the top ten thanks to about 22 inches of snow so far this month, passing up a number of towns, including regional neighbors St. Paul, Bethel and Nome on our chart. The western parts of Alaska have been fairly dry lately, though plenty cold. The Bering Sea ice is well south and surrounding St. Paul and St. George, reducing their biggest snow source (showers forming as cold air off Siberia moves over the Bering Sea water). As a matter of fact the ice is not that far from Cold Bay. (More on Bering Sea ice here.)

The race is not over yet. While it is true that most areas getter drier for the next several months, and precipitation in warmer stations comes as rain more often, member, in the weather business, rules are meant to be broken, as are records. Valdez has had Marches with over 100 inches of snowfall at least thrice and their record for April is 71 inches! Stay tuned.

I’ve seen wind driven snow rollers first hand four times in my life, and all four times were this winter! Click here for the blog post concerning the first episode on December 15. I saw them in action on Jan 10 (too dark for photography) and on February 28 I saw a bunch more after dark, and took some photos the next day with good light, although the rollers had been snowed in a bit (first photo below). March 6 was yet another day with the right conditions: strong winds and temperatures rising to around freezing after new dryish snow. Those rollers are shown in the next two photos below. The first shows some obvious tracks where the balls rolled (the larger one broke apart after rolling). I’d love to hear your reports or experiences with snow rollers, and see any photos, too. 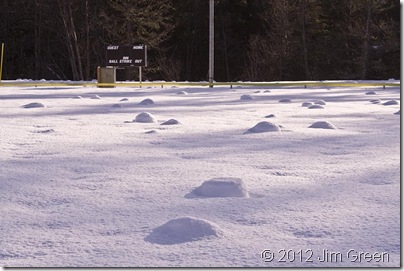 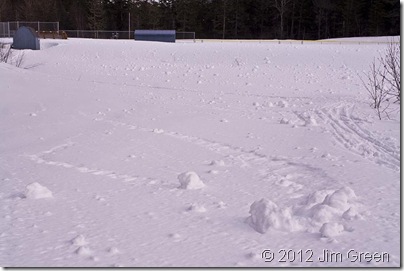 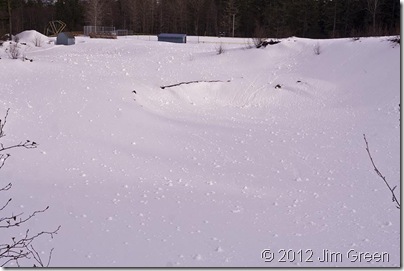 As usual, click on these photos for larger versions.

Note to my readers

You can now sign up for email notification of new posts and other relevant blog content. Look for “Subscribe to Posts” either on the menu items across the top of the page or on the right hand sidebar items. This is separate from RSS feeds you can also sign up for. I promise to keep your email address private and only use it for these blog update notifications, which you can configure or stop at any time. Lately I’ve been posting only every other week, although I hope to eventually increase that to once a week. I’d love to hear any feedback about my blog or products…usability, content, style, whatever strikes you.

And thank you for reading it.